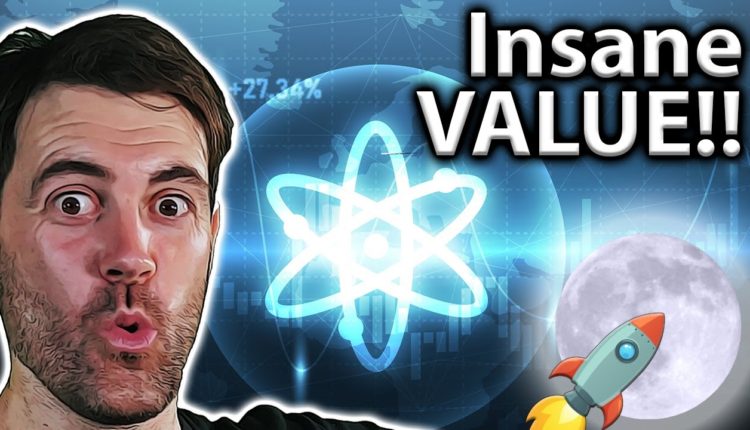 Cosmos was founded by Ivy League computer scientist Jae Kwon in early 2014. Cosmos was built by All In Bits Inc., a for profit software company which Jae also founded in 2014

Cosmos’ development is overseen by the Interchain Foundation, a Swiss non-profit which commissions and coordinates the more than 2 dozen companies building on Cosmos, including All In Bits Inc

Cosmos’s ATOM coin has historically lagged behind the other cryptocurrency coins in its ecosystem, and this is primarily because the Cosmos team was focused on finishing the IBC

After months of testing, Cosmos finally launched its decentralized exchange dubbed Gravity in July. Like Uniswap, Gravity is an automated market maker or AMM DEX

Another thing Cosmos did in July was integrate with Band Protocol, the second largest oracle in cryptocurrency. In case you didn’t know, the Band Protocol blockchain was built using the Cosmos SDK

This gives Band Protocol similar interoperability features to Cosmos in the context of data, and cross-chain data is absolutely crucial for building robust cross-chain dApps

In August, another company building on Cosmos called Althea revealed the Gravity Bridge, a stand-alone Cosmos blockchain that will make it possible to transfer tokens between the Cosmos hub and Ethereum

All these bullish developments have sent ATOM on a mission to the moon, and it recently surpassed its previous all-time high

Cosmos is a cryptocurrency I would personally place among the top 10, and if it manages to make that list on the leaderboards it means a 150$ ATOM at the very least

Cosmos will soon be rolling out its interchain staking feature. This will make it possible for Cosmos validators to secure more than one blockchain. By the end of the year Bitcoin will be on Cosmos

Most of Cosmos’ game changing features are scheduled for launch sometime in early 2022. These are NFTs, tokenization, and staking derivatives

When I was watching interviews with some of Cosmos’ core developers, a few of them mentioned that there have been tensions between the different teams working on Cosmos

To my understanding, this is because each company working on Cosmos has a slightly different perspective of the project and what it should look like in the future, and I reckon that’s to be expected

Besides these issues on the developer side, Cosmos’ growth is being stunted by another factor, and that’s the project’s insane commitment to the core values of cryptocurrency

As explained by one of Cosmos’ core devs, they’ve put next to zero effort into getting ATOM listed on exchanges. Osmosis founder Sunny Aggarwal also pushed back against OSMO listings on CEXes