Bitcoin Lightning Network: This You NEED TO KNOW!! ⚡️ 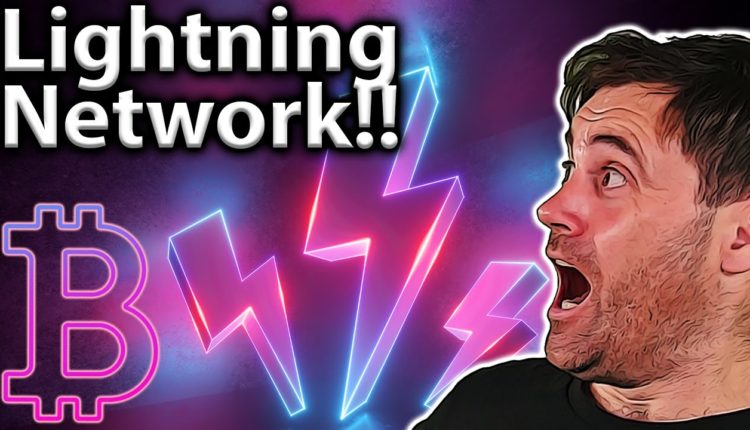 The Bitcoin network can only handle around 7 transactions per second or TPS for short. By contrast, Visa handles around 1700 TPS on any given day, and it can scale up to 65 thousand TPS if need be

Since block speed and block size cannot be changed without compromising speed, the only solution is to, and that’s to somehow process BTC transactions outside of the Bitcoin network or ‘off-chain’

The Lightning Network has its roots in Bitcoin creator Satoshi Nakamoto’s earliest writings, but its creation is credited to two brilliant developers: Thaddeus Dryja and Joseph Poon

After more than two years of hard work and help from Bitcoin developers like Blockstream, the Lightning Network was completed in February 2018

Unlike most layer 2 networks for cryptocurrency, the Lightning Network is not a blockchain. It consists of a series of interconnected payment channels created by two parties on the Bitcoin network

Payment channels are created between two parties when each deposits BTC into a multi-sig wallet. This creates an off-chain protocol that allows them to exchange IOUs of the BTC in the wallet

⛓How The Lightning Network Works Part 2⛓

The Lightning Network can scale because it makes it possible to connect multiple payment channels together. Transactions are automatically routed between connected payment channels using hashed time locks which prevent intermediaries from intercepting the payment

At the time of shooting, there are over 60 thousand Lightning Network payment channels around the world with over 100 million dollars in BTC locked in its multi-sigs

While actual user adoption of the Lightning Network had a slow start, the pace picked up at the start of 2020 when Bitcoin Lightning wallet developer Zap released the now famous Strike app

Dozens of code vulnerabilities have been found since the Lightning Network launched in 2018, so much so that many still consider it to be in its testing stages even though it’s technically fully operational

That said, the Lightning Network’s biggest problems are not technical, they’re structural. These relate to the opportunity cost of keeping a payment channel open, something which is slowly being resolved