Over 1 Milllion ETH Has Been Burned Since Ethereum EIP-1559 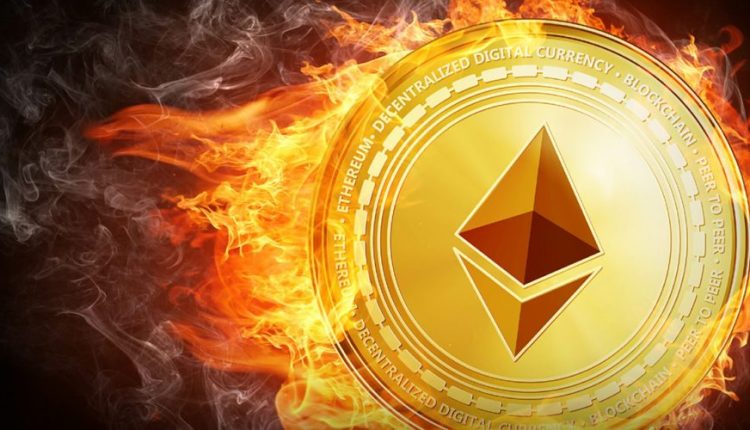 The Ethereum network has been burning ETH since the EIP-1559 first went into effect in early August. Since then, a portion of fees has been continuously burned, taking a large portion of the digital asset out of circulation. This hard fork had been implemented to combat the inflationary nature of Ethereum and it has been successful as countless blocks have been deflationary since the hard fork took place.

The amount of ETH burned has risen along with fees on the network. Increased network usage had caused transactions costs on Ethereum to skyrocket and since EIP-1559 was implemented to burn a third of all fees, a higher volume of ETH has been constantly taken out of circulation. The number had quickly hit 1 million ETH, and by 10 million, the community had turned its eyes towards the 1 million mark.

At the current ETH price, the total amount of ETH burned comes out to over $4.2 billion. Prior to EIP-1559, all this volume would have gone into circulation, increasing the amount of circulating ETH, contributing to the inflationary nature of ETH. However, with the burn, Ethereum is headed towards a truly deflationary future.

Although Ethereum is not fully deflationary, the impact of the ETH burn has shone through the network in recent times. Some interesting stats show that ETH being put into circulation per mined block has reduced significantly. Since the hard fork, the net reduction has reached as high as 67.16%.

Additionally, net issuance has also dropped in line with net reduction. Net issuance on the Ethereum network is currently sitting at 490,400 at the time of this writing. There have been 1,493,739 ETH rewards issued, translating to a little over $6.3 billion. While tips on the network have done significantly well, with over 200,000 ETH tipped so far, totaling $846 million.

How Price Has Done In Contrast

Ethereum’s price has done tremendously well since the burn began. Since August, the digital asset has hit multiple new highs and come close to testing the $5,000 resistance point. The asset has since taken a beating down along with the rest of the crypto market but it has held up above $4,000 despite bears trying to pull the price down.

Indicators have remained bullish even when the market has not fared so well. Analysts have put the digital asset at $5,000 by year-end, propelled by the growth of DeFi. As more investors flock to the blockchain to take advantage of this new industry, Ethereum shows great promise of hitting this price before 2021 runs out.