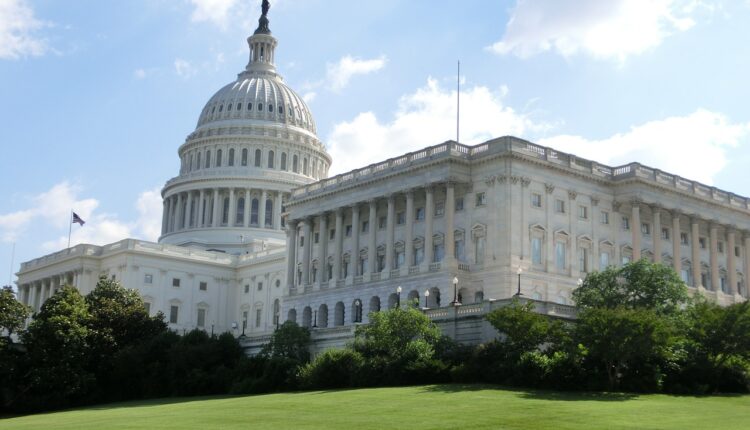 It’s completely legal for U.S Senators Cynthia Lummis and Pat Toomey to own Bitcoin or crypto-related investments. They just have to disclose it. Does this pose an ethical dilemma? Senators are on the frontlines of policymaking, and the rules around cryptocurrencies are still being written. On the other hand, it’s illogical to think that Senators can’t handle money or have investments. And that’s what cryptocurrencies are. Is there a conflict of interest here? Let’s argue.

As a basis, we’ll use and analyze this article, based on the “Wall Street Journal review of public financial disclosures.”

How Much Bitcoin Do Lummis And Toomey Have?

Senator Cynthia Lummis is on the frontlines of the battle for better legislation around Bitcoin and cryptocurrencies in general. However, we’re centering our discussion around her and Pat Toomey because they’re literally the only Senators that disclosed crypto-related investments. An incredible stat that shows just how early we are. But enough about that, let’s go to the numbers.

Reportedly, Cynthia Lummis owns 5 whole BTC. Or, as the WSJ puts it:

“Ms. Lummis’s roughly $250,000 of bitcoin makes her the most heavily invested U.S. lawmaker in the digital asset.”

For his part, Pat Toomey went for Bitcoin and Ethereum exposure via Grayscale:

“In mid-June, Mr. Toomey bought $2,000 to $30,000 of stock in Grayscale Bitcoin Trust and Grayscale Ethereum Trust, investment vehicles that seek to track the coins’ prices. He said the holdings are part of a diverse portfolio.”

So far, so good. However…

What Ethical Concerns Are There?

Recently, via Instagram stories, Alexandria Ocasio-Cortez revealed that she’s not exposed to cryptocurrencies in any way. “I don’t think members of Congress should own / trade individual stocks and I choose not to own any so that I can remain impartial in policymaking,” she said. And later added, “I want to do my job in the most ethical and impartial manner possible.” Does she have a point?

Back to the article, let’s quote Lee Reiners, “executive director of the Global Financial Markets Center at Duke University and a former official at the Federal Reserve Bank of New York.”

“These two senators are the most vocal when it comes to favorable cryptocurrency regulation. It’s not to say they are motivated by personal financial interest, but it’s fair to question their advocacy. It’s problematic given their holdings.”

But, is it problematic, though? Let’s give the Senators the right to reply.

How Do Lummis And Toomey Respond?

In a recent interview, Toomey said, “Following that logic, then I guess no one in the Senate can invest in anything. That would be ridiculous.” Plus, let’s remember, it’s completely legal for them to do so. In Lummis’ case, take into account that “her bitcoin is part of a broad portfolio that includes her family’s cattle ranches.” The WSJ quotes her:

“Somebody said, ‘She should sell her bitcoin.’ It’s like, well, OK, it’s a commodity. Should I also sell my cows? Should I sell my mutual funds? Should I sell my retirement fund, just because it might be invested in something that is a great store of value?”

There’s another factor, and this is crucial. The Senators also “say their experience with cryptocurrency gives them expertise on a subject that few on Capitol Hill have studied.” Can you understand Bitcoin if you’ve never used it? Don’t you need to be experienced in something to be able to make informed decisions? If all of the other Senators don’t have cryptocurrency exposure or any experience with this novel technology, how can they be trusted to dictate policy?

It’s scary to think that the people deciding over what could become the new paradigm, the evolution of money, have never used the technology and solutions it provides. And that’s the other side of this debate.