A Crypto Christmas Miracle? Bitcoin Signal Suggests A Bottom Is Near 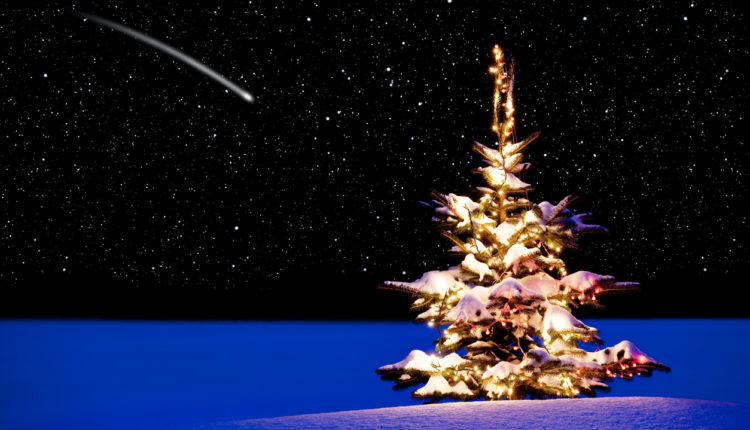 During no other time of the year are humans more open to the idea of miracles than now. But what about a crypto Christmas miracle for Bitcoin?

Rather than the miracle being the premise for a holiday flick, it is possible that the appearance of a backtestable technical signal puts in a miracle-esque bottom for the cryptocurrency market.

More Credence For A Santa Claus Rally In Crypto

Dozens of Hallmark-style holiday movies include the world “miracle” in their title. The idea that Santa Claus could hit the homes of children across the entire globe in one night demonstrates the type of hopeful sentiment that can build this time of year.

Related Reading | Could Bitcoin Benefit From A Santa Claus Rally?

Across the cryptocurrency market, investors got the equivalent of coal for Christmas – that is unless a miracle happens. That miracle has a higher than average probability of happening this holiday, according to the Fisher Transform technical indicator on BTCUSD 3-day timeframes.

This technical indicator has only shown such an extreme deviation two other times throughout its history – and when you read at what prices this signal triggered at previously, you won’t help but become more hopeful for a Santa Claus rally over the next several days.

The Most Extreme Bitcoin Bottom Signal Is Back For Christmas

The Fisher Transform is a technical indicator that was created by John F. Ehlers and, according to Investopedia, “converts prices into a Gaussian normal distribution.” Doing so makes spotting turning points a lot easier. Both extreme readings in standard deviation and the signal itself changing direction present a higher than normal probability point of reversal.

When it comes to objective technical analysis, few technical indicators supply such regularly backtestable results as the Fisher Transform. The version of the Fisher Transform pictured above and below is a custom tool designed by Moe_mentum dubbed the iFish Smooth & Divergence, available on a two-week trial basis or $525 for lifetime use.

On 3-day BTCUSD charts, the Fisher Transform is showing a potential reversal through turning around at the -2.0 deviation – a point of extremes reached only two other times prior.

The first of the two instances was in October 2011 when Bitcoin was trading at around two bucks per coin. The second was at the bear market bottom in December 2018. Now, some three years later, the extreme level has been reached again, just as the indicator starts turning around.

The Fisher Transform is an unbounded indicator, meaning that it could very well reverse again and continue to a deeper deviation and extreme. However, doing so would only further increase the likelihood of a reversal further. This makes the Fisher Transform a helpful tool for those who trade using a “mean reversion strategy” and attempt to profit from when prices move to unusual extremes.

Bitcoin price could still make another low while the Fisher Transform fails to do so. At that point, a bullish divergence would be possible and another buy signal potentially generated – again improving the chances of a positive outcome.

Investopedia warns that the potentially lagging indicator could have several limitations. For example, “asset prices are not normally distributed, therefore attempts to normalize prices could be inherently flawed and may not produce reliable signals.”

However, the Fisher Transform remains among the most statistically reliable though backtesting of data, especially when combined with other tools for confirmation. And these statistics show a Christmas crypto miracle could be on the way.

Follow @TonySpilotroBTC on Twitter or join the TonyTradesBTC Telegram for exclusive daily market insights and technical analysis education. Please note: Content is educational and should not be considered investment advice.