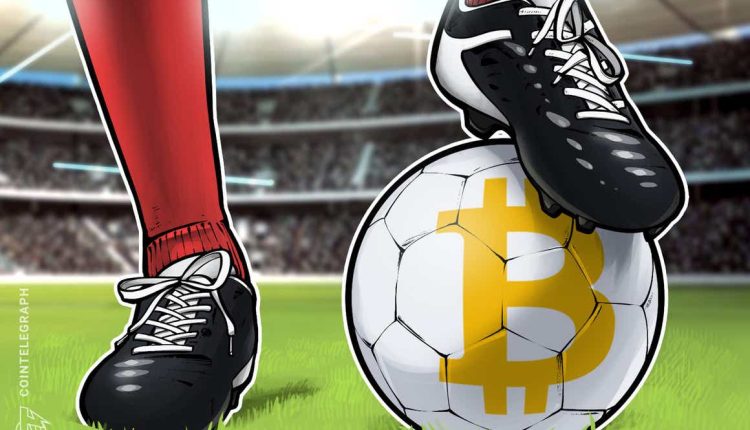 Peter McCormack, a well-regarded Bitcoin investor and advocate, has announced the purchase of local Englishfootball club Bedford FC, divulging ambitions in a fourteen-tweet thread to fuel the club’s prosperous aspirations through the leading cryptocurrency asset, Bitcoin.

McCormack said he intends to architecture the club with “Bitcoin at its heart”, introducing everything from merchandise and sponsorship endorsements, an education training program for fans and community members, as well as facilitating open-source development opportunities.

By pledging to utilize his social audience, which currently totals over 430,000 on Twitter, as well as the global consortium of 150 million Bitcoin holders and companies, McCormack argues that these factors place the club in an advantageous position with enhanced leverage in comparison to local competitors, stating:

“Where local teams can only tap into a local community of fans/companies to drive revenue, we have a global army of #bitcoin holders and companies who can get behind this.”

McCormack also evidenced the sponsorship deals he has already secured, in addition to heightened social interest to the club’s merchandise to conclude that “our year 1 revenue could match a small league 1 club”, and that capital could attract players and managers from higher divisions to join to the club and therefore accelerate growth.

10/ The second phase is attacking the higher divisions, specifically the Championship & the Premier League. Here we need capital as well as a sustainable commercial model.

I will be raising funds to hold in a #bitcoin treasury. If #bitcoin does its things… pic.twitter.com/YrTlytosrO

Inspired by actor Jason Sudeikis portrayal of fictional television character, Ted Lasso in the hit show of the same name, the entrepreneur changed his Twitter name to Peter McLasso, and concluded his tweet thread with the infamous image of the on-screen character touching a self-made “Believe” sign above his office.

Sporting the name McLasso, the new club Chairman feels this symbolic image clearly epitomises Bedford FC’s lofty aspirations to ascend the footballing pyramid from their current standing in the South Midlands League Division 1, to the multi-billion dollar promise land that is the Premier League.