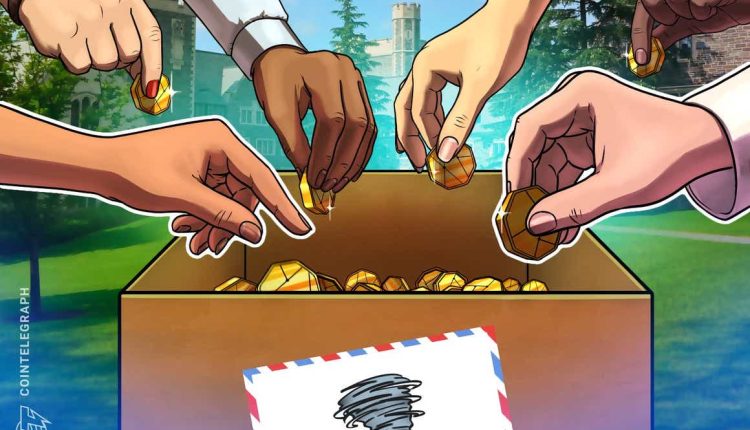 Circle, the company that created the USDC stablecoin, announced a partnership with public charity Endaoment to create a disaster relief fund. The fund will help mid-western American communities impacted by last week’s deadly tornadoes. The two entities hope to raise $1 million in grants to support the American Red Cross and local non-profits.

Via Endaoment, blockchain enthusiasts will be able to directly contribute USDC or other cryptos using connected wallets with a minimum donation of $20. The funds will be distributed in $20,000 intervals to seven participating charities, the Team Western Kentucky Tornado Relief Fund, Center for Disaster Philanthropy, Team Rubicon, All Hands and Hearts, Midwest Food Bank NFP, American Red Cross, and Mutual Aid Relief. At the time of publication, the fund has received over $4,600 in donations.

Robert Heeger, founder, and CEO of Endaoment, said the following regarding the partnership:

“It is through incredible partners like Circle that we have been able to grant more than $11 million worth of donations to nearly 300 nonprofits this year. With Circle’s support, we can expand our reach and continue to empower the community to allocate charitable gifts to causes in need of funding autonomously.”

An unusual cluster of tornadoes swept across the U.S. Midwestern and Southern states the week prior, with wind speeds reaching as high s 150 mph (241.4 km/h). Kentucky was one of the hardest-hit states, with at least 74 fatalities and more than 100 missing persons still accounted for.

A man whose home was destroyed during the deadly tornado outbreak in Kentucky, plays a hymn on his piano that was spared during the storm. Beauty in the midst of sorrow and pain. pic.twitter.com/9goymGYK3L