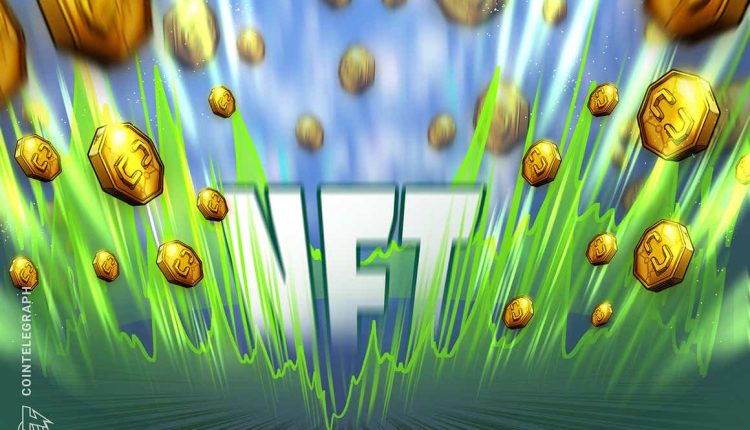 In an effort to democratize access to nonfungible tokens, art collections and other digital assets of value for the masses, Bitwise Asset Management launched its new index fund on Thursday.

As per the announcement, the Bitwise Blue-Chip NFT Index Fund is designed to allow accredited investors to invest in major nonfungible tokens and art collections.

The NFT industry has exploded in 2021. Retailers throughout the world purchased millions of dollars worth of CryptoPunks, drawing institutional and accredited investors. In the third quarter of 2021, NFT trading volumes surpassed $10 billion for the first time.

The crypto firm stated that the Bitwise Blue-Chip NFT Index Fund is now available to qualified investors for private placement subscriptions. The minimum investment is set at $25,000. While speaking on the new development, Bitwise chief information officer Matt Hougan stated that:

“New frontiers in the art are rare. Entirely new artistic mediums are even rarer,” said Bitwise chief information officer Matt Hougan, adding that NFTs have emerged as the first digitally native medium for owning art and collectibles, “with enormous potential for meaning, value and use in our increasingly digital world.”

Bitwise launched several new crypto products in 2021 to satisfy the increasing demand, owing to the fast-changing digital asset industry. The firm announced the debut of its Crypto Industry Innovators exchange-traded fund (ETF) in May 2021.

In July, major American institutional investors contributed $70 million to the crypto index fund manager in order to beef up its balance sheet and double the size of its staff.

The phrase “NFT” was coined in 2017. Although little known at the time, two highly significant NFT projects, CryptoPunks and CryptoKitties, were launched in 2017. Propy sold the first NFT home. This was the beginning of NFT’s widespread adoption, which coincided with the cryptocurrency bull market cycle.