5 cryptocurrency projects that made waves in 2021 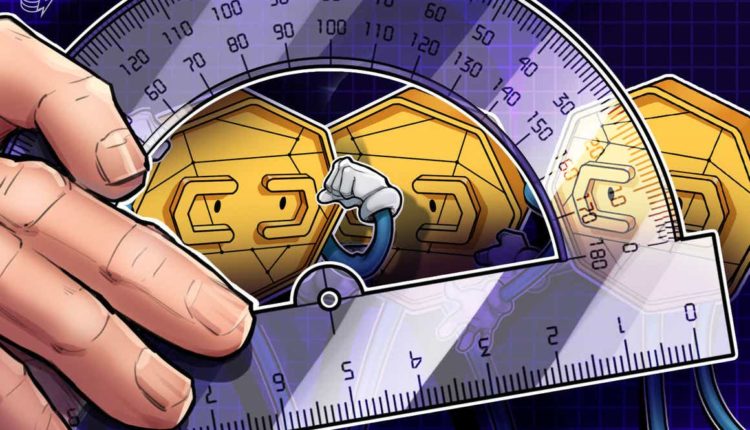 2021 was a breakout year for the cryptocurrency market in many respects and most investors are absolutely thrilled that Bitcoin (BTC) price established a new all-time high of $68,789. In the same timeframe, Ether (ETH) went on a parabolic rally which saw its price gain 565% from Jan. 1 to hit a record high at $4,859 on Nov. 10.

While it was a banner year for large cap cryptocurrencies, some of the biggest gains and most impactful developments came from the altcoin market where decentralized finance (DeFi) and nonfungible tokens (NFTs) rallied by thousands of percent and helped to usher in a new level of awareness and adoption for blockchain technology and cryptocurrencies.

Here’s a look at five altcoin projects that made significant contributions to the cryptocurrency ecosystem in 2021.

The decentralized exchange Uniswap (UNI) has arguably had the greatest impact on the crypto ecosystem as a whole since launching in the summer of 2020, with the DEX seeing significant growth throughout 2021 as it helped facilitate the launch of thousands of new crypto projects by removing the barriers to launch that existed on centralized exchanges.

Data provided by Dune Analytics shows that Uniswap has been the dominant DEX throughout the year and it has consistently seen more trading volume than all other DEXs combined.

As seen on the chart above, the volume traded on decentralized exchanges really started to ramp up in the second half of 2021 led in large part by activity on Uniswap.

Throughout 2021 Uniswap led the field in development as well, with the developers behind the protocol announcing the release of Uniswap v3 in March. The v3 upgrade included multiple protocol upgrades and it built the foundation to integrate layer-two scaling solutions like Optimism and Arbitrum with Uniswap as a way to help reduce the transaction costs and processing times for users.

Aave (AAVE) is a DeFi lending protocol that allows users to deposit their tokens and lend them out as a way to earn a yield or pledge them as collateral in order to borrow another asset.

As the DeFi sector started to gain traction in early 2021, AAVE emerged as a community favorite thanks to the wide swath of crypto assets supported and the backing from some well-funded players.

Over the course of the year, AAVE expanded its capabilities and reach with the release of AAVE v2 which added support for Polygon, a layer-two scaling solution, and Avalanche, which is a popular cross-chain blockchain network.

As a result of these added capabilities, the total liquidity available on the AAVE protocol has surpassed $25.7 billion, making AAVE the top-ranked DeFi protocol by total value locked (TVL).

Curve Finance is a stablecoin-focused protocol that utilizes an automated market maker to manage liquidity on the platform and across the DeFi ecosystem.

Stablecoins have emerged as a foundational piece for the cryptocurrency community as a whole in 2021 because they provide sufficient liquidity for the market and a safe haven for traders seeking shelter during periods of high volatility.

The growing importance that stablecoins have benefited Curve protocol and its native CRV by accelerating its integration of stablecoins into many of the top DeFi protocols, including the Yearn.Finance ecosystem and Convex Finance.

Despite the fact that a significant portion of the assets locked on the Curve protocol are stablecoins, the platform now ranks as the second leading protocol in terms of TVL behind AAVE, with data from Defi Llama showing that $21.77 billion in value is now locked in Curve vaults.

Curve has also integrated with many of the most active blockchain networks, including Ethereum, Avalanche, Harmony, xDAI, Polygon, Arbitrum and Fantom, which is further evidence of the protocol’s quest to be the stablecoin liquidity provider for the entire crypto market.

The p2e model emerged as a new fan favorite over the course of 2021 because it provides users with the ability to earn a daily income alongside their gameplay, which offers a few unique advantages when compared to the traditional pay-to-play model.

Alongside the rise in popularity of Axie Infinity came a new all-time high for the platform’s native AXS token. As the token stormed to new highs, the platform generated a daily revenue of $17.55 million at its height on August 6.

Axie Infinity was also one of the earliest projects to establish the trend of migrating away from the Ethereum network because of high fees and slow transactions. Earlier in the year the project migrated to the Ronin sidechain and in November the project launched its own DEX called Katana.

Dogecoin is an open-source proof of work cryptocurrency that leads the field of “meme” coins that made headlines all throughout 2021.

While the project has few contributions on the technological or development front, frequent shilling from the likes of Tesla CEO Elon Musk and Shark Tank star Mark Cuban helped to push Doge into a 23,746% rally that saw the price rise fr from $0.0031 on Jan. 1 to an all-time high of $0.74 on May 8.

On top of the gains seen in DOGE price, the token received increased attention after it was announced that it would be used to help fund the launch of a lunar satellite by SpaceX and the Dogecoin movement also kicked off a meme-coin rally and spawned a bevy of copy-dog projects li Shiba Inu (SHIB) and Dogelon Mars (ELON).