What Military Budget Expansion Says About Our Broken Financial System 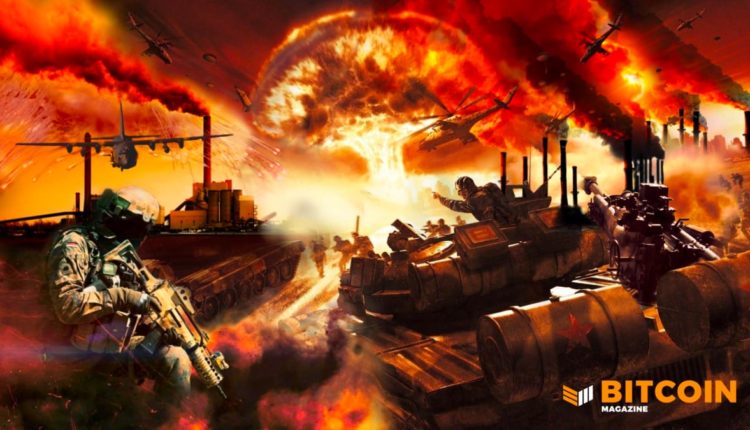 The below is a direct excerpt of Marty’s Bent Issue #1136: “The incentives are screwed: exhibit 21,212.” Sign up for the newsletter here.

The externalities of unfettered money printing are extremely overweight to the negative side of the spectrum. When the government has the ability to work in conjunction with central banks to print money ex-nihilo to fund an activity, those who are in control of managing that activity are incentivized to be extremely wasteful to justify their budgets funded by the money printer. There is no greater example of this than the US military, which currently boasts an annual budget of $768.2B for 2022.

Year in and year out the puppets in Washington DC debate about whether or not the military budget should be increased. Inevitably, over the long term, the budget has expanded to obscene levels. Why does this happen? How does this happen? And what does an ever expanding budget do to the incentives of those in charge of the military?

Those from the Pentagon who hit the Hill to explain just how much they need in any given year to the puppets will tell you that the “why” is that there are ever-growing external threats that America needs to defend itself against and they will need more money to protect against them. In reality, as our friend GodSaysHodl explains above, the “why does this happen” probably has more to do with the fact that bureaucratic entities like having money to spend and they only get more money if looks like they need it.

How exactly does a bigger budget get justified? Again, we’ll turn to our friend GodSaysHodl who gives us a peek behind the curtain via memories from his time in the Air Force, which involved blowing money on unnecessary goods at the end of the year to make it look like the military had spent its full budget and was therefore justified when the brass went in for negotiations on the Hill for the next year’s budget. It isn’t a foreign threat and a need to defend against it that is driving this budget higher, but greedy humans working within a perverse incentive system that prioritizes waste over security. And one could argue this perverse incentive system leads to materially worse things than waste. Does being unnecessarily antagonistic on the global stage lead to more spending and higher budgets? I think one can certainly make the case that it does.

What better way to reap the benefits of the money printer than by going out and antagonizing the world, overpaying defense contractors, and then coming home and claiming that the people you pissed off are now threats that you need more money to “defend” against? You know what they say; where there’s smoke, there’s fire.

As an American, I am continually dismayed that these budgets keep getting increased when the quality of the service that is being provided has been on a consistent downtrend throughout my life. One could argue that the US military’s consistent unnecessary foreign intervention has led to my life being made worse off. Bombing random people in the Middle East only engenders extreme anger from those people, which makes them more likely to attack the US. Putting citizens physical well being at risk. That’s just one potential second order effect.

A good way to help justify a higher budget year in and year out is to have a high velocity of military grade equipment flowing through the different branches of the military. Equipment that is a few years old gets replaced by brand new equipment and that not-as-new equipment gets “recycled” via the process of militarizing domestic police forces. The police forces, which now look like occupying forces, tend to take that image to heart and act like it; feeling empowered to trample the civil liberties of the Americans living in the communities they are supposed to be policing. This is exemplified by “no knock” raids, civil asset forfeiture at borders, and the use of intimidating force during legal and peaceful protests. Over the course of my life it seems like the term “innocent until proven guilty” has been completely inverted, and I would not be the least bit surprised if the trickle down effects of overspending by the military enabled by unfettered printing at the Fed has played a part in this.

How would the incentives change if there was no ability for bureaucrats to access a money printer? Would those in charge of the military think twice about foreign intervention as the cost of failure would increase significantly? Would more focus be put on shoring up our defenses at home while attempting to broker peace abroad to stave off any potential physical conflict? I think a strong case can be made that, yes these are likely outcomes. A Bitcoin Standard incentivizes efficient capital allocation, economic cooperation, and more free trade – which has historically led to more peaceful outcomes.

Fix the money, fix the world.

I do hope that this piece doesn’t make it seem like I do not respect those who risk their lives to genuinely defend the ideals America was founded on. I am simply attempting to highlight high-level incentives that increase the likelihood of negative outcomes for all involved.