Struggling Prices Beats Bitcoin Expectations Down From $100K To $50K 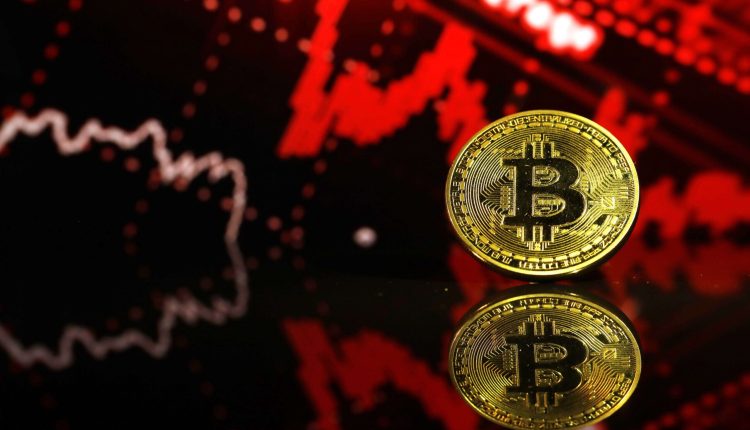 At the height of the bitcoin rally, end-of-year predictions had flown around with abandon. Most had placed the price of the digital asset at $100,000 before 2021 ran out. With the movement of the asset at that point, one could easily look at those predictions and see how it could be a possibility. However, the crypto market has proved again that there is really no telling what might happen with it.

Bitcoin had ridden the wave up to $69,000 but that would prove to be the top of that rally as a crash sent the price back towards $40,000 not too long after. Now, the price of bitcoin is struggling to regain its footing above $50,000.

Craig Erlam, a market analyst at Oanda, has given thoughts on bitcoin in a recent client note. The analyst noted that although many had been hoping for the price of bitcoin to finish the year above $100,000, market momentum had dashed those hopes and now a finish above $50,000 for the year is what is being hoped for.

Another analyst at Oanda, Edward Moya, notes that the digital asset had taken a beating alongside big techs which had sent its price towards its current levels. Nevertheless, the analyst added that despite this, the market continues to face a medium to long-term bullish outlook.

“The cryptocurrency space is seeing a lot of repositioning and that is leading to some unwanted selling pressure, but the medium to long-term outlook remains strong,” said Moya.

Analyst Craig Erlam notes that bitcoin has had another chaotic week of trading. This has been the case since the first market crash rocked the market at the beginning of December, sending the market straight into the red. However, bitcoin has managed to pick up support at $47,000, which the analyst said means that the digital asset is unlikely to give up this price.

On the other hand, crypto bulls are also trying to pull bitcoin out of the current trend. The holidays have already begun, signaling the end of the year, and the bulls would prefer to end what has been a “stellar year” on a positive note. “Many were hoping for six figures by year-end, now they may be crossing their fingers and hoping for half that,” said Erlam.

Finishing at $50,000 is not necessarily a bad finishing point for bitcoin. Compared to the beginning of the year, it would mark an at least $20,000 higher close.