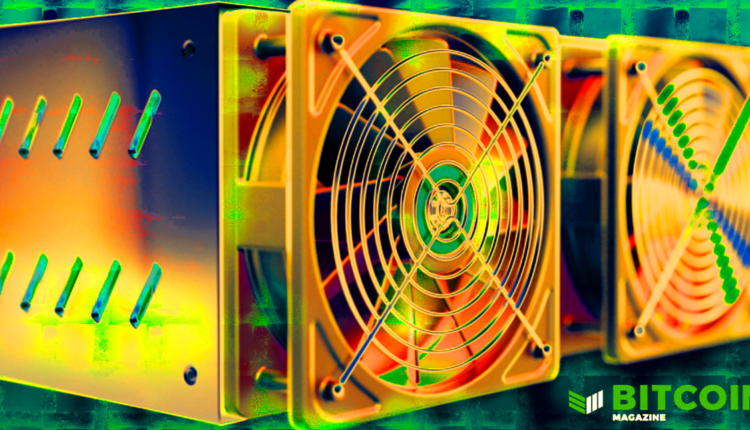 Marathon Digital Holdings, a publicly-traded bitcoin mining company, last week announced a “record purchase” of Bitmain ASIC rigs, which according to a Tuesday filing with the Securities and Exchange Commission (SEC) will cost over $879 million and increase the miner’s fleet by 78,000 machines.

Marathon had disclosed broad information about its purchase last week when it announced it had entered into an agreement with Bitmain to acquire a record number of bitcoin mining rigs. The company hadn’t disclosed how many miners it had bought or their price at the time but details have now been shared in an SEC filing. The deal will add about 78,000 new Antminer S19 XP miners to Marathon’s fleet and cost $879,060,000.

“With this latest purchase of S19 XPs, we will be growing our Bitcoin mining operations to approximately 199,000 total miners and 23.3 EH/s by early 2023,” Marathon CEO, Fred Thiel, said in a statement last week.

As per the agreement’s terms, Marathon will receive 13,000 miners per month from Bitmain between July and December 2022 and pay 35% of the deal’s amount within two days of contract execution. The remaining 65% will be paid separately for each batch as they arrive; Marathon will pay 35% of a batch’s price at least six months before that batch’s shipment date and the final 30% one month prior to its shipment.

Marathon is one of the largest bitcoin miners listed on U.S. capital markets. The company trades on the Nasdaq under the ticker symbol “MARA” and has outperformed the Bitcoin price so far this year. The miner gained 212.90% year-to-date while BTC rose by 64.40% in the same period.

Bitcoin miners in the U.S. have enjoyed greater profitability this year as a big chunk of the Bitcoin hash rate went offline after China decided to ban the activity over the summer. As the country holding the largest share of hash rate forced operations on its soil to close down, network mining difficulty dropped, increasing the amount of BTC that miners could produce with the same hash rate capacity.

As Chinese miners get back on their feet and successfully relocate their operations to foreign countries, the industry has gotten competitive again, hurting American miners’ productivity. In addition to a more difficult to mine digital currency, Marathon in particular suffered in November from maintenance work on its power plants. The miner produced 196 bitcoin last month, down from 417.7 in October.