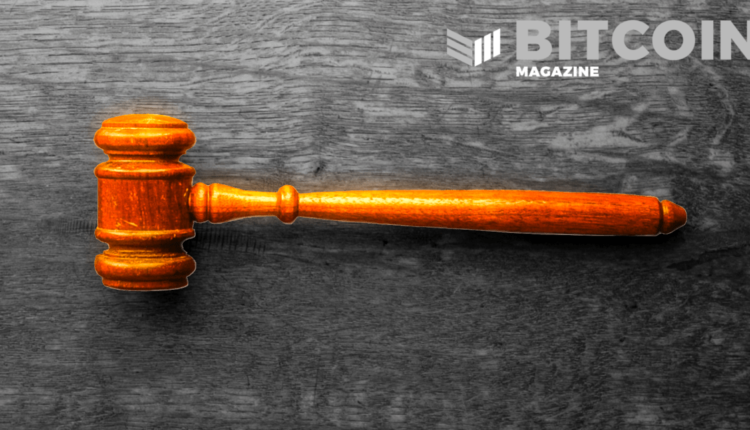 A federal court in Arizona has dismissed a religious rights lawsuit filed in May by convicted Silk Road founder Ross Ulbricht against the Federal Bureau of Prisons, according to an order signed by U.S. District Judge David Bury on December 13.

Ulbricht, 37, claimed through an attorney that prison officials at USP Tucson were burdening his right to exercise his religion by barring him from using a prison email system to communicate with his father.

The suit claimed Ulbricht held a sincere belief that he was “obliged to honor his father and mother,” and that the prison’s Trulincs messaging service was the only way he could communicate with his father, Kirk, who lives in Matapalo, Costa Rica. Ulbricht’s attorney claimed officials were violating the Religious Freedom Restoration Act.

The Federal Bureau of Prisons (BOP), through Assistant U.S. Attorney Michael Linton, claimed that Ulbricht’s suit failed to clearly hash out a claim for which relief could be granted, that the BOP’s actions didn’t hinder his religious beliefs and that he failed to exhaust administrative remedies before going to court.

“All actions of Defendant with respect to Plaintiff are in furtherance of a compelling governmental interest and are implemented by the least restrictive means,” Linton wrote.

Both Linton and Sample moved the court to drop the suit on December 1, with both parties agreeing to pay their own legal fees. Sample didn’t respond to email inquiries asking why he suddenly moved to dismiss.

In February 2015, among significant controversy, Ulbricht was convicted of numerous charges for his role in the operations of Silk Road. In May 2015, he was sentenced to a double life sentence plus forty years without the possibility of parole — a notably harsh penalty for non-violent crimes.

Silk Road remains one of the most significant and widely-used bitcoin platforms in history, allowing users the freedom to transact value outside of government permission. As a result, Ulbricht and his subsequent sentencing have come to represent the lack of freedom inherent in the government-perpetuated fiat financial system.

“We didn’t know how things would turn out for Bitcoin back in the beginning, but over the years, I’ve been continually impressed with what you’ve accomplished,” Ulbrich said in a recorded statement presented to Bitcoin 2021 conference attendees. “We have brought a taste of freedom and equality to far corners of the world. I know we can transform criminal justice, too.”

A representative for Ulbricht, as well as his lawyer, did not return requests for comment.

This is a guest post by Ethan Biando. Opinions expressed are entirely their own and do not necessarily reflect those of BTC Inc or Bitcoin Magazine.