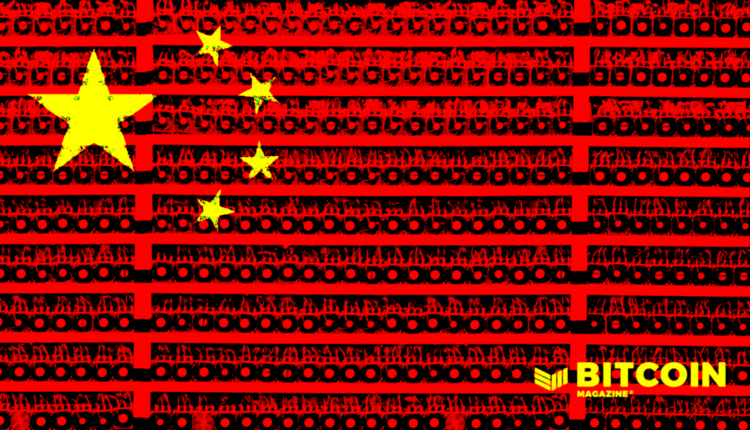 According to a report by CNBC, bitcoin miners have found ways to keep operating in China despite the country’s comprehensive efforts to crack down on the industry.

China used to be the country with the most significant share of hashrate. But that began to change in May when Chinese authorities began cracking down on Bitcoin and bitcoin mining. The increased regulatory scrutiny led to tangible impacts on BTC miners and exchanges, which started limiting or putting an end to their activities. In under a month, the Chinese crackdown led ASIC maker Bitmain to stop sales, a sharp decline in Bitcoin’s total hash rate, and an “ASIC exodus” to ensue as the bitcoin mining landscape began to change.

By September, China had issued a complete ban on Bitcoin. Despite the prohibition, the peer-to-peer network saw nearly 145 Bitcoin nodes still running on Chinese soil after a few days. According to data from Bitrawr.com, there are currently 125 nodes in the Asian country. Similarly, it appears that not all bitcoin miners have fled China.

Ben, a Chinese miner, told CNBC that he had gone underground, spreading his mining equipment across multiple locations to decrease the chances of being spotted on China’s power grid. He has also taken steps to conceal his digital geographical footprint and go behind the meter, pulling electricity from small power sources unconnected to the country’s larger grid.

“We never know to what extent our government will try to crack down…to wipe us out,” Ben reportedly said.

The report said that as much as 20% of the world’s bitcoin miners are estimated to still reside in China, scattered across the country in setups similar to Ben’s. It cited a November report by Chinese cybersecurity company Qihoo 360, which estimates an average of 109,000 bitcoin mining IP addresses active in China daily. An estimate from Cambridge University, however, says there are no miners left in the Asian country.

Whereas big miners quickly and effectively moved overseas into friendlier regulations in Kazakhstan and the U.S., medium-sized miners saw their hands tied. “They couldn’t offload their equipment to recoup their losses, nor could they mine at full capacity again, because their electrical footprint is easy to pick out,” per the report. But smaller miners could deploy their operations across small power grids in China and maintain part of the operations.

According to the report, besides plugging into small power grids, far from government oversight, these smaller bitcoin miners often evade Chinese censorship by joining foreign mining pools willing to sign them up despite the ban and helping them uncover their activity.