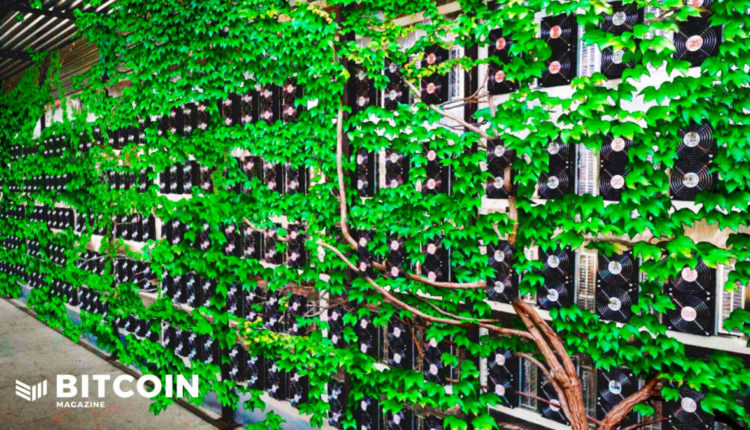 Bitcoin mining has long been singled out for its contribution to rising global carbon emissions. Fortunately for the pioneering cryptocurrency, many of these critiques are based on faulty assumptions and predictions divorced from an understanding of the built-in energy-seeking incentives native to Bitcoin, and underplaying the positive impact it has now and may have in the future for billions of global citizens. While it is true that the global Bitcoin network does consume a meaningful amount of energy, that consumption must be put into context and weighed against its benefits if we are to have a consequential debate. We don’t often hear criticism of Netflix or Google’s data and energy consumption costs, so why Bitcoin?

Some estimates suggest that the Bitcoin network consumes roughly 120 terawatt-hours of electricity annually, which is more than some small nations, and 0.55% of all global electricity production. However, despite high energy consumption from mining, the University of Cambridge’s Bitcoin Electricity Consumption Index concludes that “Bitcoin’s environmental footprint currently remains marginal at best.” How can both things be true?

First, Bitcoin requires less energy consumption than both the traditional financial sector and the gold extraction industry. A recent study finds that Bitcoin’s energy consumption is less than half that of both of these legacy systems. This doesn’t even account for the banking system’s perpetuation of planet-warming fossil fuel projects.

Furthermore, many critics fail to recognize that energy consumption is not equivalent to carbon emissions. One unit of wind power does not create the same environmental impact as one unit of coal, and fortunately, the Bitcoin network is incentivized to seek renewable energy especially. The University of Cambridge indicates that renewable energy sources account for roughly 40% of Bitcoin energy consumption globally, and 66% in North America. As mining continues to migrate west in reaction to China’s recent ban on mining, we should expect the trend of increasing use of renewables in Bitcoin to continue.

Indeed, numerous initiatives are underway to make Bitcoin more energy efficient. Led by the CEOs of top North American crypto mining companies, the Bitcoin Mining Council was established to promote energy transparency and improve efficiency. The Crypto Climate Accord is another notable initiative, with the goal of making the entire crypto industry achieve net zero emissions by 2040.

However, determining Bitcoin’s energy use and the best ways to reduce its carbon emissions through the use of renewables is only part of the discussion. The network’s energy consumption is easy to criticize for two reasons, in particular: first, it is easy to quantify given the open nature of the network, and second, the scope of the benefits offered by Bitcoin are not yet universally acknowledged. Indeed, many services that society implicitly or explicitly deems worthy of their high energy use, such as modern air travel, Big Tech data centers, and same-day shipping are not criticized with nearly the same fervor as Bitcoin’s consumption.

By singling out Bitcoin over other industries with notably high emissions, Bitcoin’s detractors lay bare a simple fact: they do not think that the promise and potential of this technology is worth any energy consumption. This is a failure of imagination and, perhaps, a failure on the part of Bitcoin’s supporters in making the long-term case for Bitcoin’s potential. Rather than spending the majority of our time rebutting Bitcoin’s climate skeptics, we should be making the case that the network’s emissions are worth the undeniable upside this technology has to offer. We’ve made that decision for other services and industries and thus have made peace with the emissions tradeoff, however grudgingly. We should, as a society, do the same for Bitcoin.

Lindsey Kelleher is a senior policy manager at the Blockchain Association.

This is a guest post by Lindsey Kelleher. Opinions expressed are entirely their own and do not necessarily reflect those of BTC, Inc. or Bitcoin Magazine.