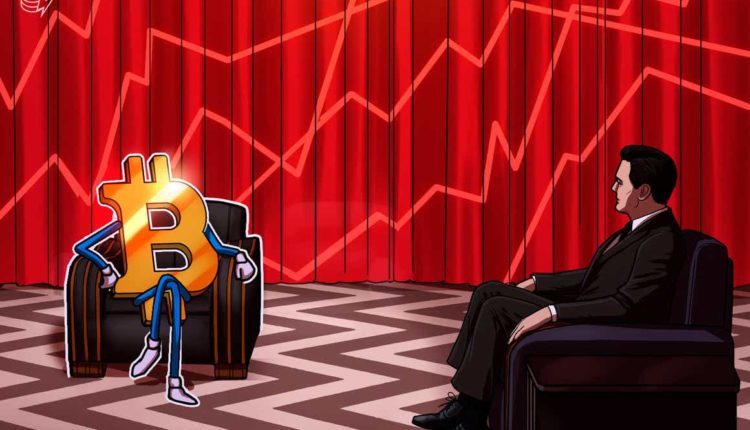 Bitcoin (BTC) dropped nearly $4,000 on Dec. 28 as the market offered a sharp reminder that the bull run would need to wait.

The pair had passed $52,000 the previous day, this marking a three-week high, before pressure from sellers halted progress.

At the time of writing, Bitcoin circled $49,000 as traders took the opportunity to remind audiences of Bitcoin’s ongoing active range.

“Still ranging. Nothing has changed.”

Fulcrum around which price has been pivoting.

Bounce or back to the bottom of the channel? pic.twitter.com/BTJR5rN87I

Zooming out, however, and there were bearish considerations on the horizon. William Clemente, the lead insights analyst at Blockware, identified a potential repeat of behavior immediately after 2017’s old all-time high, which led to an entire year of a bear market.

“Judgment day is coming for BTC,” he warned in Twitter comments.

Bitcoin thus presented a contrast to macro Dec. 28 as the S&P 500 hit its 69th all-time high of the year.

Almost a record in itself, stock market exuberance was already ruffling feathers among pundits concerned about a potential chasm between the numbers and empirical reality.

Just to put things into perspective: The S&P 500 may close today at another ATH, it would be the 69th ATH this year, 2nd most ever only behind 77 ATHs in 1995, but the average S&P 500 comp is down 18% from its ATH, suggesting a massive amount of weakness underneath the surface. pic.twitter.com/3RsPFP1Ajs

As Cointelegraph reported, the United States Federal Reserve will have a decisive role to play in shaping 2022’s market climate when it comes to Bitcoin’s performance.

In the meantime, however, BTC/USD faces a low-liquidity — and thus potentially high-volatility — holiday season.