Bitcoin City: Can The Key To BTC Taxes Be VAT? 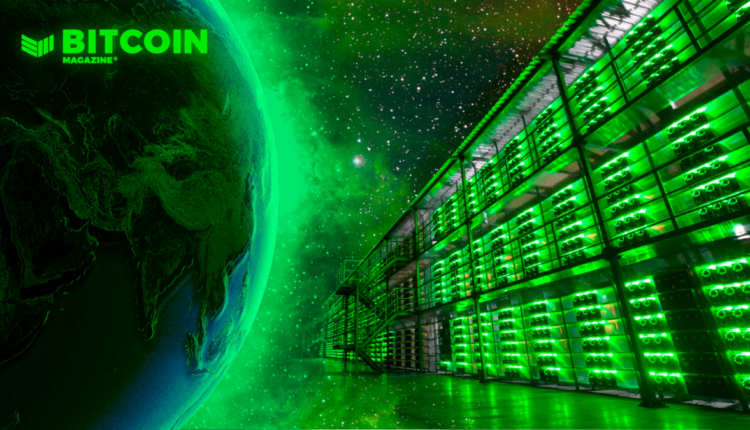 El Salvador President Nayib Bukele recently outlined ambitious plans to construct a Bitcoin City at the base of the Conchagua stratovolcano, which overlooks the Gulf of Fonseca.

Donning a backward-facing baseball cap and button-down shirt, the youthful president — who refers to himself as the country’s “CEO” on Twitter — suggested the new, Alexandria-like city could be financed by government-issued, bitcoin-backed bonds with geothermal energy powering the computers. Global media coverage inevitably followed, with several publications cheekily comparing Bukele’s plans to those of a James Bond villain.

Construction of the city is set to begin in 2022, with half of the $1 billion bond raised to be used to buy BTC and the remainder earmarked to finance energy and bitcoin mining infrastructure. While the idea of a crypto citadel is nothing new — Mayor of Miami Francis X. Suarez has his own plans — this one’s captivated the public’s imagination, not least because bitcoin is legal tender in El Salvador. Moreover, Bukele revealed that the area will be packed with entertainment venues, bars, restaurants, museums and even an airport.

The most interesting aspect of the story, though, isn’t the volcano, the energy or even the bonds. It concerns the government’s plans to simplify the taxation of the digital asset by levying a flat 10% value-added tax (VAT) to fund city construction and services. In other words, Bitcoin City will be completely free of income, property and capital gains taxes.

Although several countries around the world have gained a reputation for being tax-friendly when it comes to bitcoin and other crypto assets, Bukele has gone a step further by promising that El Salvador will “have no income tax, forever. No income tax, zero property tax, no procurement tax, zero city tax, and zero CO2 emissions.”

Tomer Ravid, CEO of BloxTax, a cryptocurrency tax and anti-money laundering (AML) platform, says, “There are many ‘tax free’ regions in the world. In many cases governments seeking to attract foreign capital investments (FDI) create what is called a ‘special economic zone’ (SEZ) — so this is not a new practice. The challenge is how do you attract foreign investors. Tax breaks are one thing but an economic zone needs to attract investments in infrastructure and development. The target is to create jobs. I am not sure that offering tax breaks is enough to attract large-scale employers to move and create factories or development centers in El Salvador.”

For residents of the new Bitcoin utopia, it means they could accumulate as much wealth as they like without paying the piper. Of course, they will still be taxed on purchases of goods and services as normal, so it’s not exactly a free lunch. Nevertheless, Bukele seems to be angling to snatch Michael Saylor’s crown as the world’s biggest Bitcoin bull.

Of course, favorable Bitcoin tax laws are nothing new for the country. Prior to unveiling Bitcoin City, El Salvador pledged to exempt foreign investors from a tax on profits from bitcoin investments, in a bid to attract inward investment. The latest news seems likely to resonate with those same foreign businesspeople and innovators, as well as the would-be citizens of the utopia in the country’s southeast.

It is difficult to know what to make of Bukele’s plans for a VAT-only system. On the one hand, it could be seen as a better, fairer and certainly simpler way of taxing bitcoin, unburdening users and the state from onerous reporting and investigatory obligations. On the other hand, some might argue that in dispensing with the need for annual filings, the El Salvador government is essentially sticking its head in the sand to avoid the complexities (and cost) of properly taxing crypto.

Contrast Bitcoin City to the United States, for example, where users are expected to report gains and losses on each cryptocurrency transaction, even if their gain or loss is insubstantial. And we really do mean each cryptocurrency transaction — sales, conversions, donations, payments — all must be declared, because the IRS recognizes digital assets as property rather than currency. In fact, Treasury Secretary Janet Yellen wants to go one step further by imposing a tax on unrealized capital gains. In other words, one’s stock and bitcoin gains could be taxed even before they’ve been sold.

Naturally, Bukele’s pro-Bitcoin alternative has been welcomed by crypto enthusiasts the world over — but the arrangement will ultimately have to work for El Salvador, too. And there’s another aspect that many haven’t yet considered. If wealthy Bitcoiners flock to Bitcoin City en masse, won’t they become a target for extortionists? Bukele might have to put a ring of steel around his paradisiacal citadel to keep its citizens safe.

Time will tell whether the president’s hands-off approach proves to be a success. In the meantime, the opening of the citadel is certain to be one of next year’s biggest stories.

This is a guest post by Reuben Jackson. Opinions expressed are entirely their own and do not necessarily reflect those of BTC, Inc. or Bitcoin Magazine.