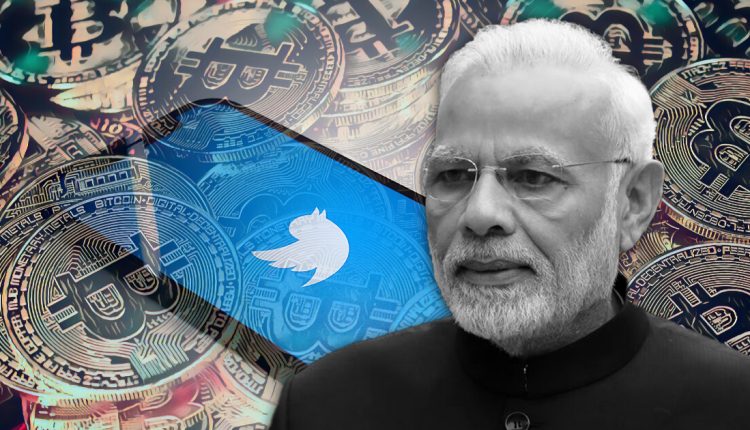 At a time when authorities in India are still grappling with how to deal with the growing influence of the crypto industry, it would be unimaginable to think that the country’s Prime minister could be promoting Bitcoin.

But this was what happened yesterday via the official Twitter handle of the PM where a hacker shared a post that the flagship digital asset was now a legal tender in the Asian country and that the government had also made investments in the industry.

In the brief hack, the attacker said that the government had “officially bought 500 BTC” and would be “distributing them to all residents of the country.”

While the account has since been recovered by the prime minister’s office, it is unknown if the over 70 million followers of Modi fell for the scam.

This is not the first time that India’s prime minister’s Twitter account has been hacked and used to promote a fake Bitcoin giveaway scam. You’ll recall that his account was one of the compromised accounts in the massive Twitter hack that occurred last year involving other powerhouses like current US president Joe Biden, ex-president Barack Obama and Tesla’s founder Elon Musk.

It is also important to note that India does not recognize Bitcoin as a legal tender. In fact, the country is currently pushing to introduce a number of regulations to the industry in its bid to rein it in whilst pushing for its own Central bank digital currency.

In a recent summit for democracy hosted by U.S. President Joe Biden, India’s prime minister, Narendra Modi, beseeched other world leaders to collaborate on the regulations of new technologies like social media and cryptocurrencies “so that they are used to empower democracy, not to undermine it.”

Available data shows that there are around 20 million crypto investors in the Asian country with over $5 billion worth of investments in the space.