2021: A Roller-Coaster Year With Lasting Changes For Bitcoin 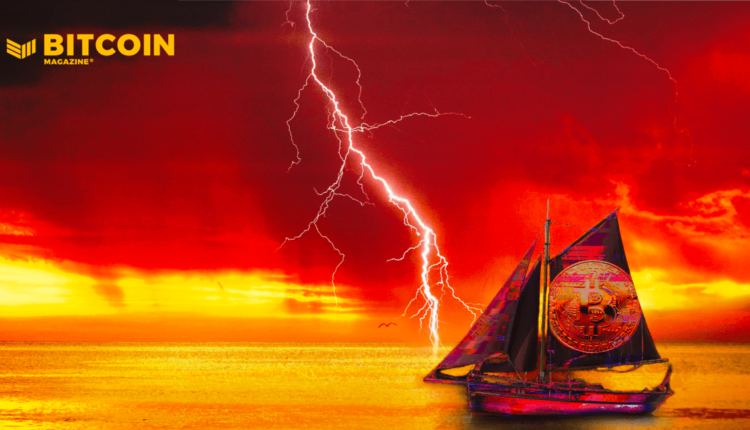 2021 has been a year of major events. We’ve experienced the ongoing global pandemic, widespread and extended lockdowns, significant supply chain disruptions, and unprecedented monetary stimulus from central banks. For cryptocurrency, 2021 saw several major breakthroughs in institutional adoption, along with price appreciation. Our 2021 year-end review highlights the most significant developments and changes seen this year, as well as the subjects we’ll be focusing on in 2022.

Bitcoin has propelled itself beyond all doubt as an emerging asset class.

Bitcoin alone has reached a $1.27 trillion market capitalization, and totaled an average daily trading volume of $10 billion, per data from Messari Real Volume. By comparison, the most heavily-traded stock, Tesla, with a roughly $1 trillion market capitalization, has an average daily trading volume of $20 billion. This indicates that bitcoin’s volume is comparable to that of the most popular large-cap stocks. Rising market capitalization and sufficient liquidity have allowed bitcoin to absorb institutional capital entry. As such, bitcoin has unquestionably established itself as an emergent asset class.

The Role Of Cryptocurrency In Global Asset Allocation Greatly Expanded In 2021.

Apart from corporations such as Tesla and MicroStrategy adding bitcoin to their balance sheets, well-known investors such as Paul Tudor Jones, Alan Howard, Ray Dalio, and George Soros have all revealed that their managed funds hold bitcoin. Many asset management firms have announced long-term bitcoin allocations as macro thematic investments. Numerous hedge funds have added bitcoin to their present portfolios as an asymmetric trade. Moreover, as an asset with durability, exchangeability, and scarcity, bitcoin has begun to replace gold as a hedge against rising inflation in recent months.

Institutional adoption has resulted in a progressive decrease in bitcoin volatility, as seen by the fact that so far this year, bitcoin has had the fewest days on record with 90-day volatility exceeding 80%. And its 260-day volatility is down from 8x to 5x compared to gold within three years, according to Bloomberg.

While bitcoin’s correlation to the S&P 500 has weakened since the beginning of 2021, the recent debate over whether it is a risky or safe-haven asset in a hyperinflationary environment has resurfaced. In particular, bitcoin briefly followed gold’s rapid upward movement and hit a new all-time high following the release of the U.S. October Consumer Price Index.

Another watershed moment was the approval of the U.S. bitcoin-based futures ETF, demonstrating that regulators are willing and open to explore the possibilities which this emerging asset class offers. Although the ETFs currently approved by the U.S. Securities and Exchange Commission are all futures-based, they are a huge improvement over closed-end funds such as the Grayscale Bitcoin Trust (GBTC) where the price deviates significantly from the net asset value. As it turns out, demand for bitcoin ETFs has been pent up for far too long. The ProShares Bitcoin Strategy ETF (BITO) alone saw over $1 billion in volume on its first day of trading. It also has achieved an AUM (assets under management) of approximately $1.4 billion.

Bitcoin ETFs have provided tools for large asset managers such as pension funds to allocate to cryptocurrencies. Their eventual entry will accelerate the adoption of crypto assets on a larger scale, possibly leading to volatility normalization over time.

Over the past year or so, as unprecedented monetary stimulus from central banks has led to a flood of liquidity in capital markets, extremely low interest rates have driven capital to find returns by any means possible. In the cryptocurrency space, centralized and decentralized lending platforms have provided massive amounts of liquidity to borrowers and high returns to lenders. A large portion of these returns is in the form of absolute returns such as interest generated from stablecoin lending, rather than directly tied to the crypto asset’s returns.

Also on our radar is the development of “environmental, social and corporate governance” (ESG) in cryptocurrency mining. In the middle of 2021, the Chinese government banned bitcoin mining due to environmental pressures. Elsewhere, the debate continued over the high levels of energy consumption bitcoin mining requires. We’ve seen a lot of positive changes so far, such as El Salvador harnessing the energy of the Tecapa volcano to mine bitcoin. And Iceland, which participates in the European Union’s carbon emissions system, has used its renewable geothermal resources to achieve lower electricity costs. Texas Senator Ted Cruz expressed his appreciation for bitcoin miners finding alternative uses for waste energy and benefiting everyone. We hope to see more examples of such innovation being implemented in the coming year.

This is a guest post by Yulong Liu. Opinions expressed are entirely their own and do not necessarily reflect those of BTC Inc or Bitcoin Magazine.