0.01% of Bitcoin holders control 27% of all circulating coins: Study 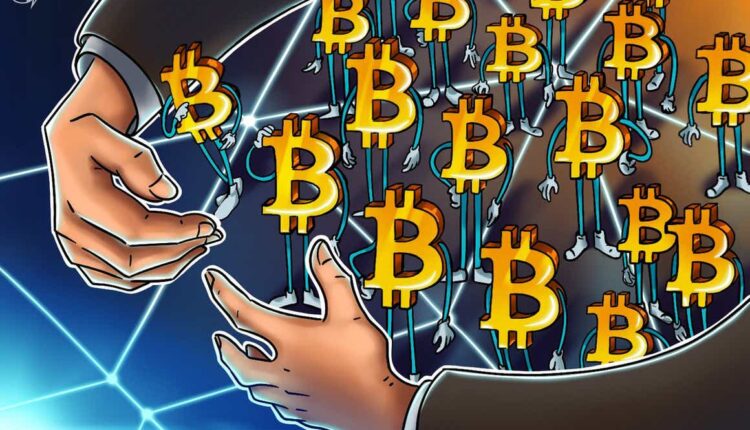 Less than 1% of the biggest Bitcoin (BTC) hodlers allegedly control more than a quarter of all BTC in circulation, according to a new study.

The National Bureau of Economic Research, an American private nonprofit research organization, released a study claiming that 10,000 Bitcoin investors, or 0.01% of all BTC holders, own 5 million BTC, or 27% of all 18.9 million coins in circulation.

The amount of BTC held by the “one percent” is equivalent to approximately $232 billion, the Wall Street Journal reported on Monday.

The study, which was conducted by finance professors Antoinette Schoar at the MIT Sloan School of Management and Igor Makarov at the London School of Economics, aims to demonstrate that Bitcoin is not as decentralized as one might think.

“Despite having been around for 14 years and the hype it has ratcheted up, it’s still the case that it’s a very concentrated ecosystem,” Schoar said.

According to the WSJ report, the top hodlers control a bigger share of BTC than the richest American households control in dollars. Citing data from the United States Federal Reserve, the report notes that the top 1% of U.S. households hold about a third of all wealth.

The new report may sound alarming for the crypto community, as major Bitcoin advocates have been promoting decentralization as one of the Bitcoin network’s biggest principles.

According to Quantum Economics founder Mati Greenspan, much of the circulating BTC supply is controlled by Satoshi Nakamoto, the pseudonymous creator of Bitcoin. “Satoshi’s coins alone make up for more than 5%,” Greenspan told Cointelegraph, adding:

“Over time, the ownership of Bitcoin is designed to get more distributed. For fiat, the opposite tends to happen.”

It’s worth noting that much of BTC’s circulating supply is also apparently not controlled by anyone and is likely to be lost forever. According to crypto-insurance firm Coincover, around 4 million BTC is out of circulation due to lost access.