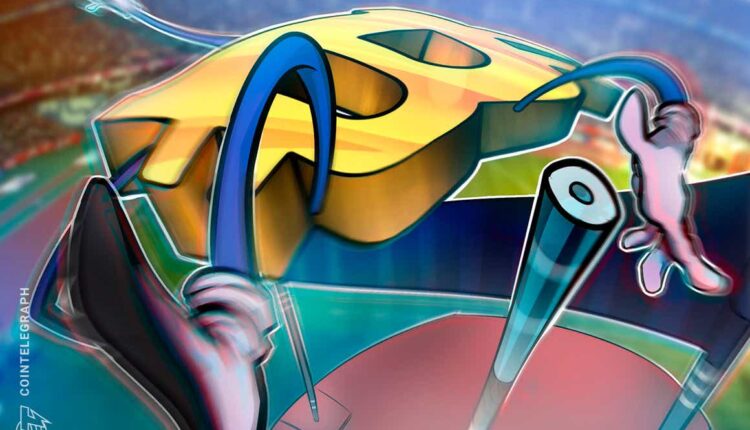 Bitcoin (BTC) climbed by over $2,000 on Dec. 15 as markets quickly reacted to news that the United States Federal Reserve would raise interest rates and curtail its bond-buying program starting in 2022.

“Kind of what we were thinking”

Data from Cointelegraph Markets Pro and TradingView showed BTC/USD hitting $49,310 on Bitstamp, its highest since Dec. 12,  when the price briefly popped above the $50,000 mark.

The momentum came after the Fed hinted that it could raise its benchmark rate three times next year, surpassing investor expectations. It would also increase the pace of its asset purchasing taper, the central bank said.

Concerns previously focused on such plans having a negative impact on both traditional and crypto markets, thanks to drying up of the “easy” availability of liquidity. In the event, however, it seemed that the information lay uncertainty over the policy to rest.

“From an equity perspective, now they just have to focus on earnings, margins and growth,” CNBC quoted Jim Caron, a senior portfolio manager and chief strategist on the global fixed Income team at Morgan Stanley Investment Management as saying.

“It’s kind of a sigh of relief to the equities market who thought it might be much more aggressive. It’s kind of what we were thinking anyway.”

With that, the S&P 500 added modest gains, while altcoins joined Bitcoin in inching up just under 5%. At the time of writing, BTC/USD was consolidating at around $49,000.

BREAKING: FED keeps its interest rate at 0-0.25% as it is committed to employing the full range of instruments available to help the US economy.

The bull market continues for #Bitcoin.

“My gut has been telling me to buy BTC, but sticking to my plan to be a buyer at $53K confirmation. Must follow plan,” he told Twitter followers.

An exit from the most recent range for December would be marked by $53,000, which would also return Bitcoin to a $1 trillion market cap valuation.

Major cap altcoins continued to be led by Solana (SOL), which capitalized on previous gains to deliver 14% daily growth at the time of writing.

Ethereum (ETH), the largest altcoin by market cap, recaptured the $4,000 mark during its own Fed-induced rally.

Against Bitcoin, ETH returned above the 0.08 BTC mark after hitting local lows of 0.078 earlier in the day.